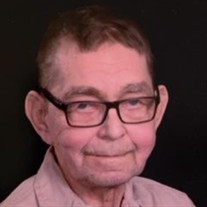 Robert Harold Lehnhoff was born on September 10, 1944 in Edgewood, Maryland to Bernard T and June L. (Schulte) Lehnhoff. His family moved to Springfield, Mo where he attended school and made many friends. As a kid, he loved to play baseball and learned to hit home runs because, as he said, he was to short and chubby to run the bases very fast. He liked to fish but when his wife and kids went along he had to do all the baiting and taking the fish off the hook, so he didn’t get to fish much. Bob attended Parkview High School in Springfield, Missouri. He enjoyed working as a stage hand and was the manager of the basketball team. As a freshman, he became part of a group of friends who spent all four years together. They spent just about every weekend together playing cards, going to football or basketball games, and dances. It was in this group that he met his wife to be, Pamela Jean Wheeler. Of course, the guys would have their occasional “boys night out”. Bob was not much of a drinker so he would be the first to go home. After graduation he attended a year at Southwest Missouri State Collage and worked at a funeral home and florist. He went to school in Denver to become a floral designer. Two years after graduation Bob and Pam were married and spent 55 years together. They have three children, Graydon Scott Lehnhoff, Karen LeAnn (Jeff) Kiehn, Kelly Suzanne (Tony) Sottoriva. They moved to St. Louis when Scott was two and a half and Bob eventually went to work for Barnes Hospital in the receiving department. As a family they enjoyed camping & fishing. Bob worked with Scott’s boy scout group and for a time was a Webelo leader. He coached sixth, seventh, and eighth grade boys basketball team. His first year to coach, Scott was on the team and after Scott went to high school, Bob continued coaching for several more years. One year his team won the pre-season tournament, all season games, and post season tournament. Bob and Pam were active at Fenton United Methodist Church. Bob was a part of various committees and at one time president of the board. He and Pam were always a team who worked together, they helped start a Bible study, Chairmen of the Worship Committee, and were leaders for the senior high youth. They attended a Methodist Marriage Encounter weekend and enjoyed it so much they became very active and promoted the special weekends whenever they could. Bob loved to refinish furniture and eventually built a fishing cabinet for a friend and made a corner hutch for Pam to store her grandmother’s special goblets. Then he started making things more intricate with his scroll saw. He made the cross that is next to his ashes. He enjoyed taking part in many craft fairs with his works of art. Bob’s health started to decline after he retired from BJC but he kept going and used up several “cat lives”. The year 2020 has been his hardest year and when it was determined he would not be recovering, his family brought him home where he died on April 19th at 9:30 pm. He left this world very peacefully surrounded by his wife and children. Bob was preceded in death by his parents, grandparents, aunts and uncles. He is survived by his wife, three children, eight grandchildren, Brandon and Austin Ashcraft (Scott’s sons), Amanda and Morgan Kiehn, Jessica (Mike) Baron, Ashley and Brittany Sottoriva, and Megan (Brett) Seldomridge. And three great-grandchildren, Isabella (Izzy) Baron, Brantley Ashcraft, and Alex Bain. His brother Kent Steven Lehnhoff, cousins Jim (Cathy) Lehnhoff, Roger (Brenda) Lehnhoff, Susan (Bill) Vogt, and Judy (Ron) Tenholder, many friends and other relatives. Bob’s ashes will be returned to Springfield, Mo. for burial. Celebration of Life will be on Saturday, June 20, 2020 at Fenton United Methodist Church, 800 Gravois, Fenton, MO, 63026. Visitation from 10:00 am - 12:00 pm Funeral service from 12:00 pm - 12:30 pm We will be following CDC guidelines for wearing masks and six feet distancing. Memorials can be made to the American Juvenile Diabetes Association, Kidney Transplant services at Barnes-Jewish Hospital, Fenton United Methodist Church or to the charity of your choice.

Robert Harold Lehnhoff was born on September 10, 1944 in Edgewood, Maryland to Bernard T and June L. (Schulte) Lehnhoff. His family moved to Springfield, Mo where he attended school and made many friends. As a kid, he loved to play baseball... View Obituary & Service Information

The family of Robert Harold Lehnhoff created this Life Tributes page to make it easy to share your memories.

Send flowers to the Lehnhoff family.