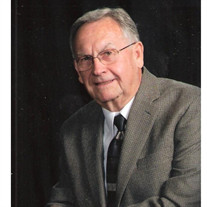 Robert Lee “Bob” McGraw of Imperial, Missouri went to his heavenly home on June 12, 2019, after over a decade of valiantly battling Huntington’s Disease. Bob was born on January 17, 1938 in Old Mines, Missouri to Lawrence Everett and Blanche C. (Ruby) McGraw, who both preceded him in death. He was also preceded in death by his brother, Thomas Gerald McGraw, and one niece, Lynette R. (McGraw) Martin. Bob is survived by his wife of over 58 years, Francine C. (Camillo) McGraw; their two children, Bryan K. McGraw (Elizabeth Adair) and Robin McGraw Augustin (Ross); their grandchildren, Kaitlyn McGraw Hem (Christopher), Brendan McGraw, Shaun McGraw, Reid Augustin (fiancé Amber Dolby), and Rose Augustin; his sister-in-law, Kathryn R. (Lambert) McGraw, and beloved family friend, Jobie Bohr. He was also a beloved uncle, cousin, and friend to many. A devout Catholic, Bob was a parishioner of St. John Catholic Church in Imperial since 1965. Even as his health continued to fail him and he could no longer attend Mass regularly, Bob was steadfast in his faith and prayed daily. He proudly served in the U.S. Army Reserves for 8 years. He retired from the Missouri State Highway Patrol in 1998 after over 33 years of service in the Driver Examination Division. In 1973, Bob was promoted to supervisor, and in 1989, he was chosen to help implement the Commercial Driver’s License law in the state of Missouri by first receiving special training in Wisconsin, and then returning to Missouri to help train all Highway Patrol CDL Examiners and Third-Party Testers at the University of Central Missouri in Warrensburg. He was considered an expert in all phases of Driver Examination. Following his retirement from the Patrol, Bob accepted the position of Director of Franklin College in St. Louis. Bob loved nothing more than spending time with his family and his granddog, Frannie, who was known to visit him regularly during his time in the nursing home. He was very proud of his children and grandchildren, who were the light of his life. He also enjoyed country, gospel, and bluegrass music and loved to play his Martin guitar and sing. In lieu of flowers, Masses may be requested at St. John Catholic Church, or donations can be made in Bob’s honor to Hereditary Neurological Disease Centre, 9300 E. 29th St. N., Suite 350, Wichita, KS 67226 or on their website at huntingtonsdiseaseclinic.com.

The family of Robert "Bob" Lee McGraw created this Life Tributes page to make it easy to share your memories.

Send flowers to the McGraw family.