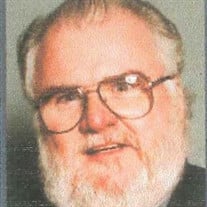 Father Richard W. Lavoie, M.S., 85 A Missionary of Our Lady of La Salette, dies February 18, 2021 at St. Mary's Health Center in Clayton, Missouri. He was born on October 9, 1935 in Swansea, Massachusetts, son of Henry and Isola (Desmarais) Lavoie. He attended grammar school in West Warwick, Rhode Island and high school at the La Salette Seminary in Enfield, New Hampshire. He then attended college at the La Salette Seminary in East Brewster, Massachusetts. Father entered the La Salette Novitiate on July 1, 1956 at Center Harbor, NH. He made his first profession of vows on July 2, 1957; made his perpetual profession on September 19, 1960; and was ordained to the priesthood on April 4, 1964. Upon his ordination, Father Lavoie was assigned as the Chaplain at Hotel-Dieu, a hospital in Montreal, Canada. He then volunteered for ministry in the Philippines in 1965. While there, Father was a member of the Vice Province Council and was also the Director of the La Salette of Santiago High School. In 1972, he returned to the United States where he was a assigned to parish work in Windsor, New Hampshire and in 1976 he was elected as superior of the La Salette Enfield community. Father Lavoie's ministry moved to the National Shrine of Our Lady of La Salette in Attleboro, MA in 1978 and then became the Co-Director of the Inter-Provincial Center for Continued Education in 1981. Throughout this time, Father was the Director of La Salette Clusters in his area and was had ministry in the Charismatic Renewal. In 1988, he was the Associate Pastor of Our Lady of the Cape Parish in Brewster, MA. For three years, he was the Director of the Interprovincial Novitiate in St. Louis, MO and returned to Attleboro, MA in 2000. He went on to minister as Parochial Vicar at Our Lady of the Cape Parish in Massachusetts, until his assignment to the St. Louis community in 2009, where he remained until his death. Father Richard was very dedicated to his La Salette vocation and had a warm and caring attitude towards all he met. He was always willing to offer his assistance whenever there was a need and he was very much loved by his brother La Salettes. In addition to his La Salette community, Father Lavoie is survived by brothers and sisters: Eugene Lavoie of NH, Connie Lavoie of MA, Gilbert Lavoie of RI, Henry Lavoie of RI, Denise Volinsky of RI and Jackie Lavoie of RI. Contributions in his memory may be made to: Missionaries of Our Lady of La Salette Retirement Fund 915 Maple Ave Hartford, CT 06114-2330

The family of Father Richard W. Lavoie M.S. created this Life Tributes page to make it easy to share your memories.

A Missionary of Our Lady...

Send flowers to the Lavoie family.