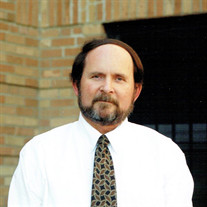 O’Brien, Kevin Thomas 71, passed on Wednesday, January 29, 2020 following a beautiful life. Born on October 26, 1948, to parents John Joseph & Mary Jean (nee Morgan) O’Brien. Kevin leaves behind his wife of 39 years, Mary (nee Kiely) O’Brien; sons, Patrick & Brendan (wife Leslie) O’Brien; siblings, Dennis O’Brien (wife Heather), Terrance O’Brien (partner Georgina), Regis O’Brien (husband Ryan), & Monica (nee O’Brien, husband Eric) Fisher; brother-in-law, Patrick (wife Chris) Kiely; 14 nieces, nephews, & grandnieces; an amazing group of friends; and his favorite grand-dog Fred. Kevin was a graduate of St. Louis University High School, St. Louis University, and Webster University. Like his father, Kevin was a beloved educator. He taught at various St. Louis schools before he settled at Cardinal Ritter College Prep High School for 37 years. He coached several teams and served as Athletic Director at various times during his Ritter career. He truly wanted students to succeed. He would dedicate weekends and time both before and after school to tutoring students. Many students credit their success in mathematics to the time, effort, and dedication he put towards them. Kevin received the Emerson Excellence in Teaching Award in 2015. He was drafted and served in the Army from 1971-1973. Upon honorable discharge he received the Good Conduct Medal and the National Defense Service Medal. Kevin was a newspaperman for the ages. He sold the Post-Dispatch on the corner of Flora and Big Bend with his brothers in grade school. He threw and delivered newspapers while his sons rolled them in his middle age. He delivered the Post-Dispatch for 4658 days straight, never taking a day off regardless of his status or the weather. Kevin loved both watching and playing sports. He was a huge fan of the Cardinals, the Blues, and the CRCP Lions. He took stats for Cardinal Ritter football teams over the years. He attended the Blues Stanley Cup parade in 2019 and was able to see the Stanley Cup up close at Cardinal Ritter when the cup made a visit. Some usual sports he played were basketball, stickball, softball, and most recently pickle ball. He pitched a no-hitter in slow pitch softball. He passed on his love of sports to his children and taught them everything he knew about them. A husband, a father, a brother, a coworker, a teacher, a friend. Words can only describe so much about Kevin. He made an immense impact on an immense number of people. May he live on through the memories we have of him and through the lessons he taught us.

The family of Kevin Thomas O'Brien created this Life Tributes page to make it easy to share your memories.

Send flowers to the O'Brien family.