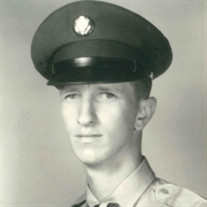 John Edward Brown Beloved Husband of Lila D. Brown (nee Raines) Dear Son of the late Arthur Brown and the late Adela Stratman Loving Father of Harry (the late Kathy) Malin, Michael Malin Sr., Rachel (David) Hemmerla, Tracy (Timothy) Recker and Travis (Stephanie) Brown Cherished Grandfather of Michael (Britney) Malin Jr., Kelly Malin, Melanie (Mike Vanwormer) Hemmerla, Raquel Davis, Luke Hemmerla, Nikki Malin, Roman Davis, Dustin Recker, Evan Brown, Jacob Brown, Austin Recker and Trinton Recker Great-Grandfather of Leland, Colby, Hadley Malin, Audrina Malin and Maeven Vanwormer Dear Brother of Joan (the late Chuck) Smith and Art (Carol) Brown John E. Brown, 79 Surrounded by family, left us on Sunday May 9, 2021 John was born on Sunday, January 4, 1942 to Arthur and Adela Brown. John was the youngest of 3 children. His siblings and him enjoyed several things growing up including roller skating, fishing and baseball. John worked at Busch Stadium in his teen years before enlisting in the United States Army. After returning from the Army, John had a need for speed. He owned several fast cars, including a 67 Shelby Mustang. While at work one day, John met Lila. He knew in an instant that she would be his wife. Her smile is what he said was the first thing he loved about her. True love comes only once. John and Lila soon married after that and started their journey in life as " The Brown's ." They built a strong marriage and an amazing family together. John was an avid hunter and fisherman. He loved everything about nature and the outdoors, except snakes. John taught all his children to hunt, fish, change a tire and the needs of survival. He loved his family to the moon and back and would do anything for them. It's hard to describe such an amazing man in words. If you knew John Brown, then you knew the love he had for everyone. John was the first to arrive and the last to leave. He would be there to help you the second he knew you had a project going on. He would even say, "Actions speak louder than words." A Husband, Father, Grandfather, Great-Grandfather, Brother, Uncle, Cousin and Friend He is loved by many and will be missed deeply by all. Full Military Honors at Jefferson Barracks and after burial the family will have a Potluck at the Webster Groves Masonic Lodge and all are welcome. In lieu of flowers, donations can be made to Lila Brown

The family of John Edward Brown created this Life Tributes page to make it easy to share your memories.

Send flowers to the Brown family.