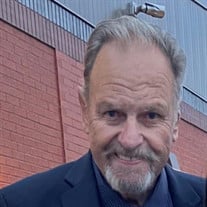 Eugene Paul Hornung, of High Ridge, Missouri, was born October 18, 1946, in Grand Forks, North Dakota, the son of John Peter and Alice Olivia (Sanders) Hornung, and departed this life Monday, March 21, 2022 in SSM Health St. Clare Hospital - Fenton, MO. Gene had attained the age of 75 years, 5 months and 3 days. Gene enlisted in the United States Marine Corps on July 22, 1964 and served his country until he was honorably discharged on July 19, 1968, as a SGT E-5. He then served another two years in the Marine Corps Reserve, being discharged on July 21, 1970. During Gene’s service time he received the National Defense Service Medal, the Vietnam Service Medal w/1*, the Vietnam Campaign Medal, the Good Conduct Medal, and the M-1 Rifle Marksmanship Badge. Throughout Gene’s life he always felt it had been an honor to serve his country. Once a Marine, always a Marine!! Gene was a member of the local Laborers Union of St. Louis, MO and after his working career he enjoyed doing some traveling. Among his favorite places to visit was the British Virgin Islands. All of his life he was an avid reader and getting to sit on the beach and read were some of his most relaxing times. Those left to mourn the passing of Gene include his children, Ben and Jessica, both of High Ridge, MO, his grandchildren Hanon Cheeseman of High Ridge, MO and Lilian Malone of Dixon, MO, along with other relatives and friends. Graveside services for Gene, with military honor are to be held on Thursday, March 31, 2022 at 10:00 am, in the Jefferson Barracks National Cemetery, St. Louis County, MO. Arrangements are under the direction of Jay B. Smith Funeral Homes, Fenton, MO

The family of Eugene Paul Hornung created this Life Tributes page to make it easy to share your memories.

Send flowers to the Hornung family.