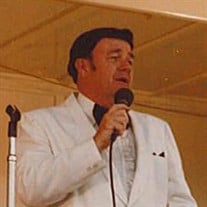 Courisky, Eugene “Gene” J. 88 of Fenton, MO passed away on August 26, 2020 Father of Suzanne (Ed) Elder, Sharon (Dale) Blindauer, Cindy (Feroz) Khan, Sally (John) Voss and Valerie (Bob) Moenster. Grandfather of 12 and Great Grandfather of 6. Companion of the late MaryJo Umfleet. Son of the late Lester Courisky and the late Frances nee Nankman. Brother of Irene McNeil, Janet Sutton, Linda Fudge and the late Al, Rich, Jim and Ted Courisky. Gene was a decorated Korean War veteran and in 2019 went on the St. Louis Honor Flight to Washington D.C. He loved all sports especially playing fast-pitched softball well into his 60’s. MaryJo and Gene closely followed the St. Louis Cardinal team at home and at other ball parks. He was an avid traveler. Starting every year when his girls were young he took them all traveling with him and even included them on trips later in life. He was proud that he had been on 13 cruises. Gene was passionate about singing and performing. He created the Starlight Singers which performed over 1700 shows over 30 years. He wrote and produced 2 plays and put together many variety shows for charity. Gene started his interest in singing at St. George Catholic Church. He emceed for different occasions and at Ballwin Days for several years. He kept fishing gear in his trunk. He was ready to fish whenever the opportunity presented itself. His lifelong profession was being a salesman. Services: Visitation at Jay B. Smith, 777 Oakwood Dr, Fenton on Tuesday, September 1 at 10 a.m. Service 12:15 Internment at Jefferson Barracks at 1:30 pm. In lieu of flowers the family requests contributions to the Greater St. Louis Honor Flight or the American Cancer Society 8050 Watson Rd. Suite 240, St. Louis, MO 63119

The family of Eugene "Gene" Jerry Courisky created this Life Tributes page to make it easy to share your memories.

Send flowers to the Courisky family.