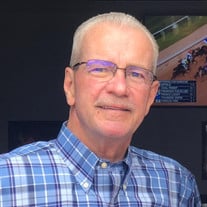 “You’re never going to believe this shit…” Donald Lee Marietta, 64, the world’s best storyteller, comedian and a man who never met a stranger, was called to tell his fibs to the Angels on Sunday, August 11th, leaving behind a hell of a lot of stuff his wife and children have no idea what to do with. So if you are looking for a 400lb. antique cash register, a 100 year old washing machine with 2” of dust on it, 25 Log Cabin collector’s edition syrup bottles, or a 100 year old record player he bought at a flea market for $300 that didn’t work, you should wait the appropriate amount of time and get in touch. Tomorrow would be fine. Beloved son, brother, husband, father, grandfather and best friend to everyone else, has left us with a lifetime of stories, which may or may not be entirely true. Don would take a factual event and add a little bit of spice to it, also known as the “Marietta Stories,” which he loved to repeat often. Don’s happy place was helping others, as long as he was in charge. As a skilled carpenter, Don left his mark on many homes, creating and building beautiful surroundings for his family. If you left him at home alone for too long or if he had a key to your house, you may have come home to something “extra special” he decided to surprise you with, but it was always beautiful and meaningful. His regrets were few, but included the amount of Sam’s Club hot dogs he consumed, and not having the time to take his favorite father-in-law to cross glass skywalk over the Grand Canyon. As a corrugated industry expert for over 40 years, Don was known for his immense knowledge who never led a boring meeting. As a matter of fact, just so you all know, he is still planning on attending that meeting this Thursday. He always made sure that every employee felt just as important as the other. His extensive vocabulary was more than highly proficient at knowing more curse words than most people learned in a lifetime. Don was a self-proclaimed master chef in the kitchen; in fact, he told his friends that his wife had the best old family recipe for homemade ravioli (which never existed by the way). In all honesty, he could whip up a mean lasagna, chicken noodle soup and roasted chicken. He leaves behind a dysfunctional family that he was very proud of. He is survived by his mother, Betty Lieb, sister, Donna O’Donnell, brother, Rick Marietta, Wife, Jessica Marietta, Daughters, Tami Bradish (Mike), Chrissy Coluccio (Dave), Sons, Joe, Timmy and Jake, grandkids, Leighann, Dante, and Dominic, including many other extended family members, nieces, nephews and close friends. Don shared his discomfort at the idea of people “gawking at me as I lay in a coffin. So instead of going to see the great creator, I will be going to see the great cremator. I am at peace and no longer in pain” “You can’t make this shit up…”

The family of Donald Lee Marietta created this Life Tributes page to make it easy to share your memories.

Send flowers to the Marietta family.