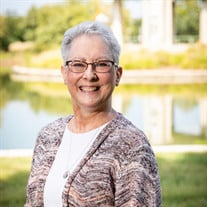 Cheryl A. Washington (Long), of Ellisville, MO, passed away on Wednesday January 19th, 2022. Cheryl was born to John Earl Long and Antoinette (Vanek) in Warren, Pennsylvania on July 30, 1958. Soon thereafter, the family moved to St. Louis, MO, eventually settling in Ellisville, MO, where Cheryl attended and graduated from Lafayette High School in 1976. Cheryl continued her education at the University of Missouri in Columbia, graduating with a Bachelor’s of Science degree in Agronomy in 1981. Despite living in Missouri for most of her life, to Cheryl, home was always Pennsylvania. While attending college, she met the love of her life, Edward Thomas Washington. They wed on June 19, 1982 and were married for 34 years until Edward passed in 2016. After graduating from college, Cheryl began her professional career working for the St. Louis Parks department. Soon thereafter, Cheryl made a change in career paths, beginning her career in the insurance field. She worked for PM Group, which later became known as Pacific Life & Annuities. Later in her career she found a home with Colonial Life/Unum, where she finished her professional career as the Territory Office Manager/Executive Assistant for her area. Cheryl always stated that she loved her family more than anything. She and Edward were blessed with a son, Scott Thomas, who was born on their 6th wedding anniversary and Father’s Day on June 19, 1988. They later welcomed a daughter, Caitlyn Michelle on January 3, 1994. Cheryl was involved with several organizations over the years, including scouting with her children, Jobs Daughters and others. She had a love of the land and enjoyed traveling with her daughter across the country many times over the years Cheryl is preceded in death by her father, John, and her husband, Edward. She is survived by her mother, Antoinette (Ellisville, MO), as well as both of her children: son Scott and his wife Lauren (Eureka, MO), daughter Caitlyn and husband Anthony (Arnold, MO), as well as her four grandchildren; Jillian, Magnolia, Elliott & Samuel. Cheryl battled metastatic breast cancer for 15 years. She was and will continue to be an inspiration of strength, determination, and will-power to all who knew her. She believed that kindness should be the foundation of every interaction and that the power of love should never be overlooked. Cheryl’s passing is a monumental loss to so many. As a family, we ask that you take the opportunity to celebrate her life by living each day full of love, hope, and kindness. “Attitude is a little thing that makes a big difference” -Winston Churchill A celebration of life will be held on Wednesday January 26th from 5pm-8pm at Jay B Smith Funeral Home in Fenton (777 Oakwood Drive Fenton, MO 63026). All are welcome. In lieu of flowers we ask instead that you make a donation to one of the following charities: -Stray Rescue of St. Louis -St. Jude’s Children Hospital -The Breast Cancer Research Foundation R.I.P. Cheryl Anne Washington 07/30/1958- 1/19/2022

The family of Cheryl A. Washington created this Life Tributes page to make it easy to share your memories.

Cheryl A. Washington (Long), of Ellisville, MO, passed away on...

Send flowers to the Washington family.