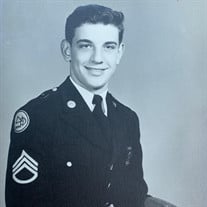 Charles Anton Murray December 21, 1932 – June 2, 2019 Charles Murray went to be with the Lord on Sunday, June 2nd 2019. He was proceeded in death by his beloved wife Laura Jean Murray nee Pummill and his mother Gladys Jaecks Murray. He is survived by one son Stephen (Rebecca) Murray of Atmore, Alabama. Three grandchildren Jacob Alan Murray, Jon Aaron Murray, and Ollie Elizabeth Murray of Atmore, Alabama. He was the brother in law to Tom (Betty) Pummill, and uncle to Tommie Pummill, and Lisa (Ken) Jones). He is a great-uncle to Tommie’s daughter Katie, and Lisa’s sons Curtis (Ellie) and Ryan, and Curtis’s daughter Nora. He is also survived by close friends and church family. Charles grew up with a military driven life spending his formative years and graduating in 1950 from Missouri Military Academy in Mexico Missouri. He was very proud of this part of his life. He then served two more years in the Army where he earned the rank of 1st Lieutenant. After his military endeavors he then earned his Bachelor’s degree in Business from Washington University in St. Louis. He followed this up with a Master’s degree in Banking from the University of Wisconsin in Madison Wisconsin. During this time, he met and married his wife of over 50 years Laura Jean Murray. Charles was an avid member of his community and was elected to serve as an Alderman for the City of Brentwood for several terms. He was a devoted community member which was shown through his public service as a public safety commissioner, President of the Brentwood High School Booster Club, and devoted member of Brentwood Congregational Church. Charles developed an enjoyment for fly fishing and traveling. He and friends traveled to Canada twice to test their fly fishing skills. He also traveled multiple places with his wife and family. He also enjoyed photography, and fresh gulf shrimp. He always ordered Gumbo and shrimp when he visited Alabama. Charles was an avid follower of the St. Louis cardinals and the Alabama Crimson Tide. He also loved to work on Crossword puzzles and the daily Cryptoquip in the papers. He saved all his answers to check in the next edition. He was a dog person and loved his animals very much throughout the years. He lived a long and full life filled with love and happiness, and now he may rest in peace with a new and healed body. Memorials to: Brentwood Congregational Church 2400 S. Brentwood Blvd Brentwood, MO 63144

The family of Charles Anton Murray created this Life Tributes page to make it easy to share your memories.

Send flowers to the Murray family.